Most of us as children spent time in far off fantasy worlds found in books– whether it was Narnia, Discworld, Middle-Earth or Camelot.  With a new movie adaptation of A Wrinkle in Time in cinemas, Laura looks at six other fantastical destinations you can visit with your children or on your own. 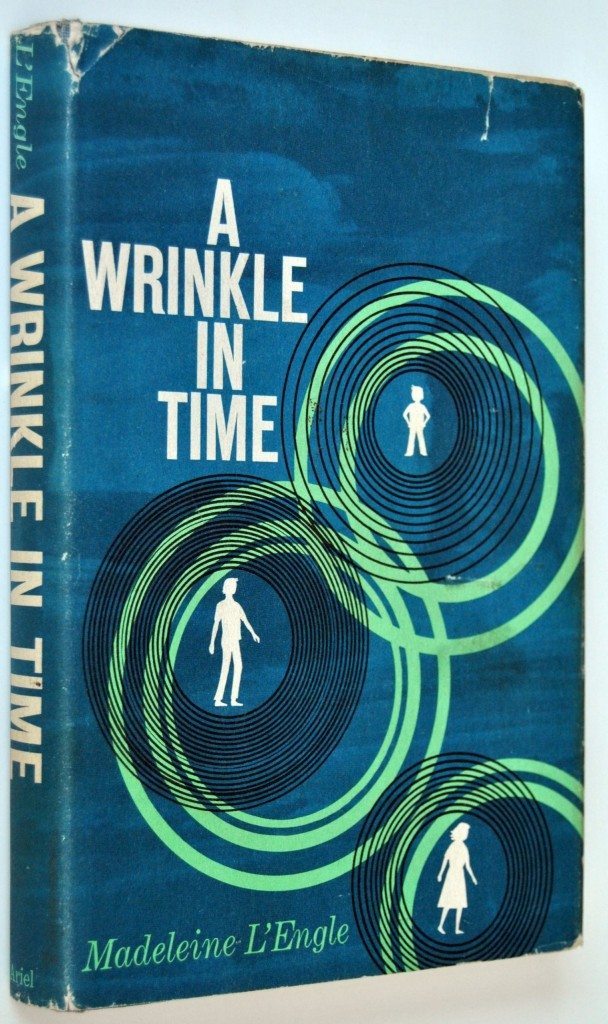 First edition of A Wrinkle in Time

A Wrinkle in Time is the first of what is often grouped as a quintet by Madeline L’Engle.  Set in our world, the heroine Meg Murry and her family must scale the intersection of science and faith to rescue their father, a scientist who has disappeared.

Madeline L’Engle was an American East Coast author who wrote fiction and non-fiction for all ages.  The Time quintet are probably her best known and most loved books.  In them scientific and Christian-based mythology interact in a seamless way– cherubim, nephilim, unicorns and tesseracts all operate and interact in the same startling and sometimes scary universe.

A Wrinkle in Time is also one of the most banned books of all time– frequently targeted by school boards and parents groups as being too religious or not religious enough.  The books do spend time examining not only ecumenical concepts of Christianity but also scientific, philosophic and mathematical ideas; so they no way exclude folks with a different or absent spiritual perspective from joining in.

Particularly great for readers of sci-fi fantasy who self-identify as outsiders, nerds, who love maths or watch everything Neil deGrasse Tyson presents on the telly.

Joan Aiken is one of the most prolific authors on our list, which is fantastic news because once you have fallen under her spell you’ll want to go on reading her books forever.  One of her most popular series begins with The Wolves of Willoughby Chase, and through twelve books introduces us to one of literature’s most doughty heroines– Dido Twite.

The world of Dido Twite is set in an alternate England in which Stuart Kings are in constant threat from Hanoverian and Burgandian conspirators, wolves rampage England through the newly opened channel tunnel and steam trains and hot air balloons charge around the snowy countryside.

Dido Twite starts out as a plucky street imp who grows up of the course of the series into a resourceful heroine; careless of her appearance and optimistic of attitude she faces many foes and has outlandish adventures, and may end up on the throne.

These books are perfect for everyone, but especially those readers who like gutsy heroines who care more for adventure than romance.

Ancelstierre is a land a lot like ours—specifically a lot like England—but it borders a world stranger and more dangerous. The Old Kingdom series by Garth Nix opens up a universe where magic courses through everything and the living and the dead vie for control of it. 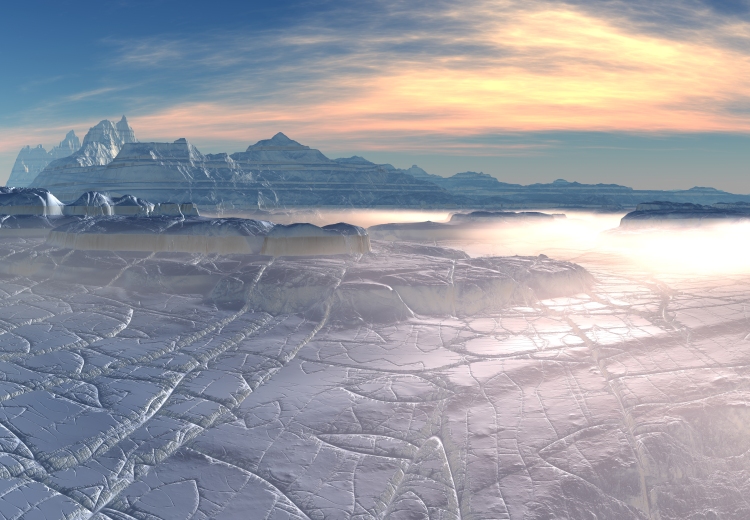 In this world there is the official, sanctioned Charter Magic and the forbidden Wild Magic, an uncontrolled amoral force favoured by necromancers. The Abhorsen in this world is a ruler not only of the living population, but someone who must maintain the balance of power and keep the dead where they belong.

In each of his Old Kingdom books a young woman has to face-up to unlooked for responsibilities and the wielding of great power. It rarely goes exactly to anyone’s plan. Nix is a fabulous world builder and the Old Kingdom thrums with magic and fantastical landscapes—from the Clayr’s glacial home with it’s vast and dangerous library to the Abhorsen’s house, situated mid-river on the edge of a rushing waterfall.

Perfect for fantasy readers who like their books with a hint of scariness, stories of quests, talking animal companions, and the ordinary girl who becomes extraordinary.

First brought into the world by Ursula K. Le Guin in 1964, the ocean and magic-bound world of Earthsea has become one of the most loved fantasy locations.  In this roughly iron-age archipelago magic is a fact of the world.  In the first novel, The Wizard of Earthsea, would-be wizard Ged makes his way to the wizardry school on Roke, earns his staff, but must at last face his earlier hubris and defeat the shadow he let loose into the world.

The other Earthsea novels also follow classic heroic quest plotlines, with The Tombs of Atuan focussing on young potential priestess Tenar and The Farthest Shore continuing the story of Ged.

As with all of Le Guin’s writing, the Earthsea novels (and there are five in total, along with various short stories) deal with Taoist and Jungian ideas, dandle different ideas of gender and race on their knee and look sensitively at the way different cultures and faiths interact.

All this and dragons, magic and more dragons.

In Mibs Beaumont’s family, unusual goes with the territory.  All her relatives have a particular ‘savvy’– a gift that manifests itself when an individual turns thirteen.  It might be the ability to cause hurricanes, control electricity, or move the earth itself.

Twelve year old Mibs was excited to find out what hers was going to be, until her dad’s terrible accident put her birthday in a different light.  Now she’s determined her savvy will be something that saves his life… except what your savvy is not something you have a say in.

Ingrid Law’s Savvy is a great introduction to fantasy literature– the world is recognisably ours but with a magical twist, the story is funny and family centred without being saccharine or shallow. 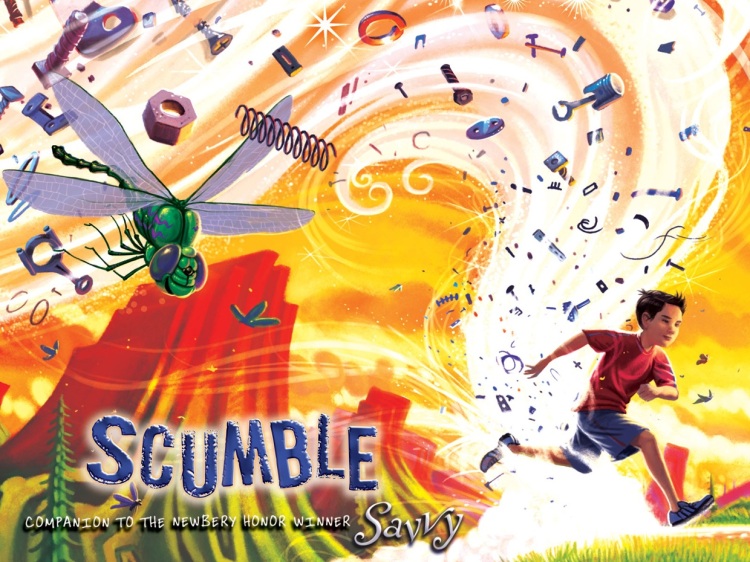 These books have all the key elements of successful fantasy– fantastical worlds that are completely believable, likeable characters who discover and struggle with new powers and elegant storytelling beautifully written.  These are great books to read aloud or be read by oneself up a tree hiding from your siblings. 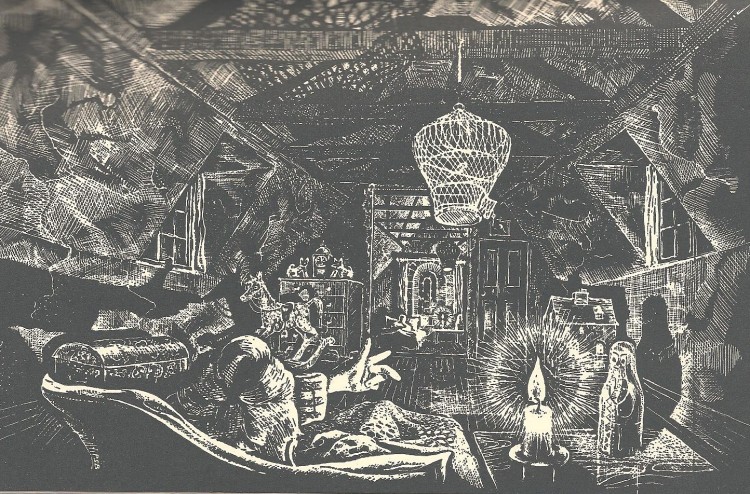 I can’t remember how old I was when I first went to Green Knowe in one of Lucy M. Boston‘s books, but her description of the place and the atmosphere was so vivid that it felt for many years more like a memory of an actual visit than of something I had read.

Perhaps this is partly because the books are based the actual house where she lived, so the house itself and its gardens and inhabitants so convincingly portrayed in her writing.  The opening of that first book, in which the boy Tolly arrives at the house by night, crossing floodwaters to get there is one of the most haunting sequences ever written.

There are six books in the series, all set in the same manor house where dwells the ancient Mrs Oldknow, as well the ghosts of three children from the reign of Charles II.  The fantasy within these books is very gentle– the ghostly goings on are sometimes a little scary but never sinister; the overall feeling is one of mysterious sanctuary.

The books are perfect for quiet, sensitive readers interested in ghosts and stories about the past.

Of course the most famous wonderland of all is probably the one visited by Alice all those years ago after she tumbled down a rabbit hole.  It is so famous that we all feel a little bit familiar with Alice and her kooky companions, even if we have never read the books or seen any of the film adaptations.

If you have not read the books, or is it has been some time since you have it is worth opening them up, for you will find them curiouser and curiouser than you might imagine.

Charles Dodgson, writing under the pen name Lewis Carroll, published Alice in Wonderland in 1865, and its sequel, the somewhat darker Through the Looking Glass and What Alice Found There in 1871.

Both books are filled not only with strange and humorous (and sometimes frightening) characters but also poems, songs and nonsense that will delight readers who find puns and wordplay funny.  Everybody has their favourite iteration of Alice and company, for me the Arthur Rackham illustrated editions are the most perfect.  Rackham had such a knack for animating the inanimate– the knobbly joints of his coppiced trees– that they give the story a suitably sinister frisson.

So what do you think?  Where are some of your favourite fantasy destinations?  Let me know– I’m always ready for a literary adventure!